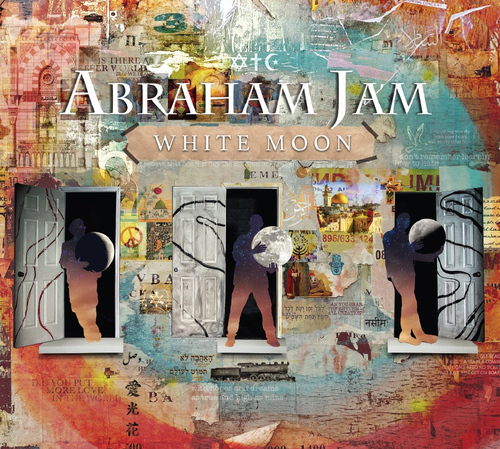 A Muslim, a Jew and a Christian walk into a concert hall… and the result is harmony! “Abraham Jam” is a collaborative concert with Dawud Wharnsby, Billy Jonas and David Lamotte blending original music of heart and spirit and traditional music from the three Abrahamic faiths. The concert employs music to build resonance and bridge the gap between current conflicts and the spirit it takes to find harmony together.

Jonas, LaMotte and Wharnsby have performed extensively over the last few decades in their individual careers. Dawud Wharnsby is a Canadian-born poet, songwriter and artist, singing beautifully crafted original songs on guitar and mandolin. Wharnsby’s career includes fifteen solo albums, numerous soundtrack credits and collaborations, and five poetry anthologies. Billy Jonas is an accomplished percussionist, guitar player, pianist, and songwriter, with infectiously whimsical songs and a knack for inspiring audiences to join in. Jonas' touring career has covered numerous countries with concerts and award winning recordings for both adult and family audiences. David LaMotte is a well-loved songwriter, with over 3000 concerts on five continents to his credit, his guitars and drums in tow. Together, they make up Abraham Jam, a band of brothers.

Over the past two years, Abraham Jam has appeared in arts series, been featured at festivals such as Muslimfest in Toronto and Lake Eden Arts Festival in NC and a variety of conferences including the Creation Spirituality Communities National Conference and The Festival of Sacred Arts in MI. Abraham Jam has been a featured performance at the Parliament of World Religions in 2016 and 2018.

“Not only is every single piece a musical gem, but also the messages of peace, respect and love model another kind of harmony. You will come away inspired.” -Frank Goldsmith, Carolina Jews for Justice